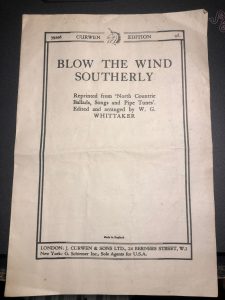 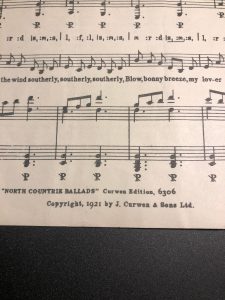 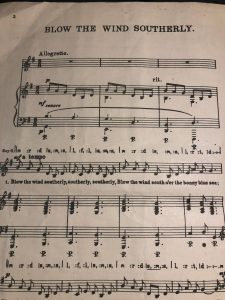 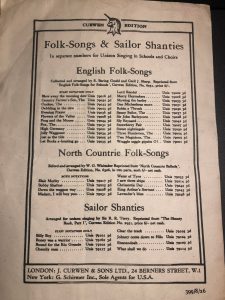 Here is a single track release “Blow The Wind Southerly” a reprint of this beautiful song from the book “North Countrie Ballads, Songs and Pipe Tunes”, edited and arranged by W. G. Whittaker. I reached this position through Stan Hugill, who mentioned the origins of “The Fishes”. In his book “Shanties from the Seven Seas” on page 197 of the first edition (1961). Stan Hugill says that this is the original from which the shanties of the same title were made.

As we know about it, this song is undoubtedly a song by Scottish fishermen, but the origin is of course much older, Jim Mageean told me that, It’s a Tyneside song from where He living, the first time this song appeared in print in The Bishoprick Garland (Cuthbert Sharp 1834), and the Northumbrian Minstrelsy ( Bruce & Stokoe 1887), then in Songs and Ballads of Northern England (John Stokoe 1892).

Related to the Blow The Wind Southerly