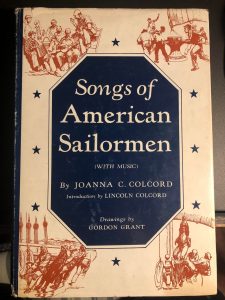 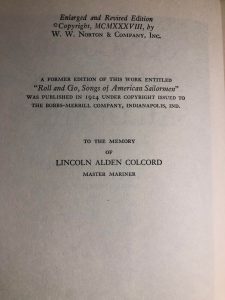 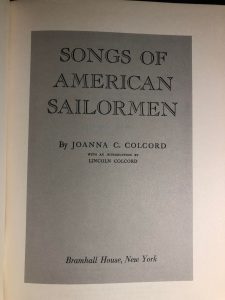 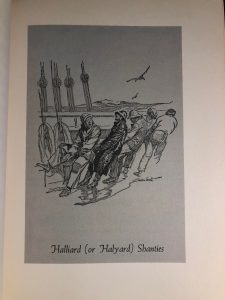 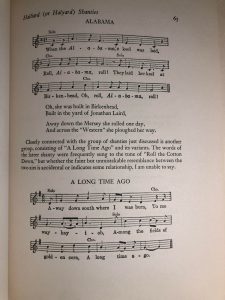 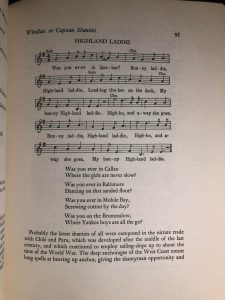 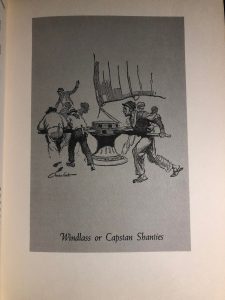 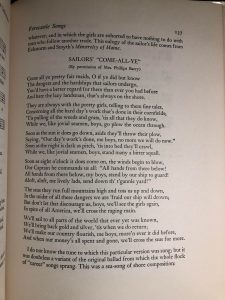 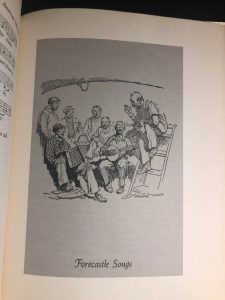 Songs Of American Sailormen (1938) by Joanna Carver Colcord is a cornerstone of American heritage in the subject of shanties. The author herself was born at sea. The father of an author Lincoln Colcord was a captain of a merchant fleet ship for over two decades. The edition from 1938 is an enlarged and revised edition of the book from 1924.
The author of the book “Songs of American Sailormen”; describes a huge amount of shanties not only from the musical point of view; but also from the side of the work for which the described shanties were used. Joanna C Colcord’s book is, next to William Doerflinger’s “Shantymen and Shantyboys” and the works of Frederick Pease Harlow; the most important authentic source of shanties and information on shanties.
An interesting fact for Polish fans of shanties is that Joanna C Colchord’s books; were one of the main source texts of the works of one of the two most popular shanty bands; “Cztery Refy”. According to the story of Simon Spalding; in the 1980s, at the request of Jerzy Rogacki; Simon Spalding, using a photocopier (Xero); copied the work of Joanna C Colcord at the Mystic Seaport Museum; one for Jerzy Rogacki and the other for himself. Jerzy Rogacki received a parcel from “America”, containing a valuable photocopy of this wonderful book.

Related to the Songs Of American Sailormen